The King of Havanna 2015 with English Subtitles

Recently escaped from reformatory, young Reinaldo struggles to get by in the streets of Havana in the late 90s, one of the worst decades for Cuban society. Hopes, disillusionment, rum, good humor and above all hunger, accompany him in his wanderings, until he meets Magda and Yunisleidy, survivors like himself. In one or the other’s arms, he will try to escape the material and moral misery surrounding him, living love, passion, tenderness and uninhibited sex to the limit.

This film is an excellent adaptation of the novel of Pedro Juan Gutiérrez. The novel and the film depicts the misery of Cuba when the Soviet Union ceased to exist. Maybe things there are better today, but the communist censorship prevented the world from seeing what was happening in the country. Impressive as the screenwriter and director were faithful to the book. Hell on communist Cuba where prostitution and crime are essential for survival. As for the film actors are excellent and convincing. Apparently unable to shoot in Cuba, and the footage was shot in the Dominican Republic. Cruel good and true film. An excellent complement to an important book. 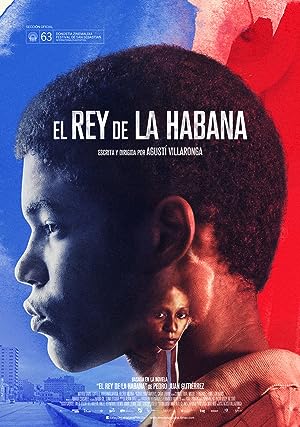 2 reviews for The King of Havanna 2015 with English Subtitles