Home » Movies in English » The Leaving of Liverpool 1992

The Leaving of Liverpool 1992

Two English children are uprooted from their beloved Liverpool dockside to the alien environment of Australia in the years following World War Two.

Because I live in Australia and most of the speech in Leaving of Liverpool was spoken in a very heavy English accent, I couldn’t tell what was being said some of the time. However, I have to say that the acting of the two main cast members, Kevin Jones and Christine Tremarco, was absolutely fantastic. Their raw, honest depictions of their characters (Bert and Lily) gave so much extra depth to the story and truly made the audience feel the terrible anguish of the experiences that the children went through. 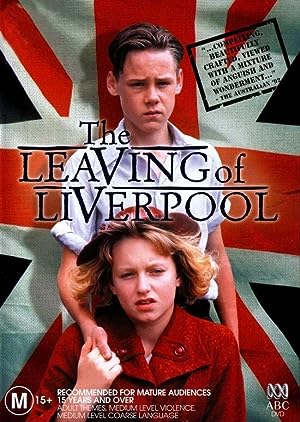