A teenager (Dylan Minnette) and his mother (Piercey Dalton) find themselves besieged by threatening forces when they move into a new house.

Logan and his mother take up residence in his aunt’s house while reeling from an untimely tragedy. There is only one rule: don’t be around while during the Sunday Open House. Guests tour through the house, look around, and leave. And that’s what the film does with itself: its goes through an idea, looks around it, and leaves.

Littered with red herrings and cheap creepiness, the movie mostly meanders until it reaches its finale, which doesn’t live up to it’s low bar set up. The leads were decent, but everything else about this film is subpar. If you really need a creepy house movie, The Conjuring is currently on Netflix too (as of the writing of this review) and you’ll be better off watching that. 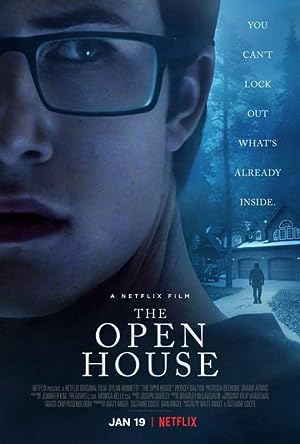 Be the first to review “The Open House 2018” Cancel reply