The Smell of Us 2014 with English Subtitles

A group of skateboarders in Paris are at the heart of a loose coalition of young people who do drugs and have sex. Several of them are rent boys, including the Dorian Gray/Narcissus of the group Math (Lukas Ionesco) and his friend JP (Hugo Behar-Thinieres) who is in love with him, but is continually rejected because Math reckons he’s only gay for pay. There’s a girl who sometimes comes over and is jealous of JP’s closeness to Math, and so she snitches on JP to his parents, and there’s an indigent old man nicknamed Rockstar (Larry Clark) whom the group tolerate as a kind of mascot/despised pet. And there’s Michael Pitt (who featured in Clark’s “Bully”) with a guitar in a couple of scenes looking slightly uncomfortable at being so clearly surplus to requirements.

I watched all Larry Clark ‘s movies. My favorite is Another Day in Paradise. So not much surprise when I saw this one. It was as expected. If you don’t already like or know Larry’s work you’d better not watch it. But note that there is not really an end : the reason is the main star Lukas Ionesco left before the end. He said in an interview that L. Clark used him and basically freaked out, fired before the end many of the kids and acted very “strangely”. To the point that the mother of Lukas called Larry a pedophile in an interview. When asked about his thoughts about that Lukas admits that’s too much though if he meet L. Clark again all he would have to say to him would be : F**** You… Concerning some reviews about “what a waste of money”, just know that the film was funded at almost 100% by french tax payers therefore there is no need for commercial exploitation for that movie. 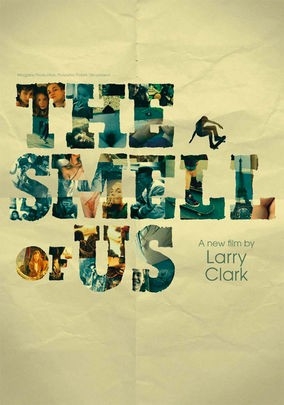 5 reviews for The Smell of Us 2014 with English Subtitles