The Story of Net 2010 with English Subtitles

Orphaned by the death of his mother, 12-year-old Net searches for a father he never knew. Based on real events and developed in a community workshop, ‘The Story of Net’ is directed by directors Lasse Nielsen and Bancha Khemngeun, assisted only by Thai villagers with no previous acting or filmmaking experience.

Taking into consideration that The Story of Net is a low budget film, I must admit that the quality of the picture and the sound does not suffer from the lack of resources. When it comes to the film’s soundtrack, while I liked most of the soft music accompaniment, at times the recording included some classical songs which felt artificial and unsuitable for the premise of the story.

If anyone expects a highly charged drama, The Story of Net will not offer it. Instead, the film feels like a daily account of life in small village in Thailand. The actors (all amateurs with no previous acting experience) did a good job in the film, especially the young lead in the role of Net. He was so convincing in his role that I would have remained with the impression that the boy really can’t speak, had it not been for the Making of Net feature included with the DVD). The dialogue is in the Thai language, with English subtitles provided.

Whether you will like this film or not is quite subjective. The storytelling is intriguing and, while you are unlikely to be touched by emotional scenes or excited by the action scenes, the film is entertaining in its own way, providing the viewer with a sneak peek into the life of the young protagonist and the people he encounters. The coming of age element is present and things such as friendship, discovery and first-love may intrigue the most devoted fans of the genre. 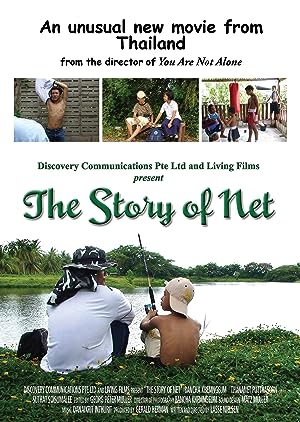 The Story of Net (2010)
85 min|Biography, Drama, Family|N/A
6.7Rating: 6.7 / 10 from 19 users
Orphaned by the death of his mother, 12-year-old Net searches for a father he never knew. Based on real events and developed in a community workshop, 'The Story of Net' is directed by …
Director: Lasse Nielsen
Creator: Bancha Khemngeun (story)
Actors: Thanet Putthasorn, Suthat Soisumalee, Bancha Khemngeun, Jaral Khuninnthong

3 reviews for The Story of Net 2010 with English Subtitles