A vivid, dynamic Southern coming-of-age drama, takes place in the transitional space between high school and college, when life seems to be all questions and no answers, and the future is scarily wide open. Set in and around a Charleston, SC Baptist church, weaving through this ensemble piece are three main characters – Brea, an introspective pastor’s daughter experiencing debilitating doubt, the hyperactive Laura, Brea’s best friend and a devout believer, and Tim, the open-hearted son of a single father, confronting his homosexuality for the first time. Tensions and buried feelings abound, as colleges are chosen and adults behave badly, as Brea, Laura and Tim attempt to hang onto what they have, all the while yearning to break free.

A very wise alternative for teens, and parents, looking for more than the standard collection of Christmas holiday cartoons and films.

The title has a clear tie-in with the film, but then gets multiple meanings added to it throughout. There’s no lingering or dwelling upon it. The story moves quickly along and stays adventurous. Whether you interpret it as a setup for a sequel or a seed planter, the ending is a masterpiece. It’s not a simple wrap-up that lets you disregard the rest of the film. Instead, it reinforces emphasis on the story as a whole.

It’s main weaknesses are mostly budget related. It has the made for TV look (though the camera angles and work are still excellent), would have benefited greatly from a couple better actors/castings in the adult roles (the main 3 kids all show exceptional skill), and about 5 more minutes of plot development and scene pauses/extensions throughout the film to help reinforce critical parts that less focused people may otherwise miss. 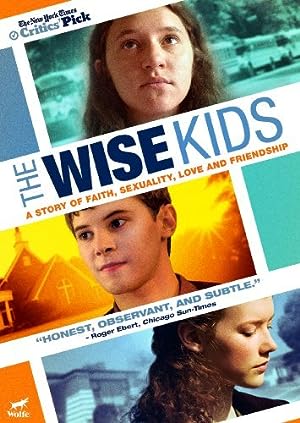 Be the first to review “The Wise Kids 2011” Cancel reply