Home » Non-English with Subtitles » The Word 2014 with English Subtitles

The Word 2014 with English Subtitles

Lila is a schoolgirl in love whose boyfriend Janek has betrayed her with another girl. Seeking revenge, Lila puts in motion a chain of events that cannot be stopped which leads to terrifying consequences.

This intriguing Polish drama tells the lightly fictionalized true story of a teenaged girl, Lila (Eliza Rycembel), who convinces her boyfriend to murder one of their classmates in order to atone for the boyfriendxe2x80x99s infidelity. While The Word has been referred to as a xe2x80x9cproceduralxe2x80x9d and xe2x80x9cMacbeth set in a high school,xe2x80x9d itxe2x80x99s thankfully less genre-oriented than such labels imply. What director/co-writer Anna Kazejak has achieved instead is a rather dark character study focusing on Lilaxe2x80x99s interrelationships with her friends and parents, the dramatization of which offers disturbing insights into youth culture in the social-media age while simultaneously avoiding drawing pat conclusions. This has some of the same delicacy of feeling of Eliza Hittmanxe2x80x99s It Felt Like Love, an otherwise very different portrait of a teenage girl by a young female director, and Ixe2x80x99m glad I saw it. 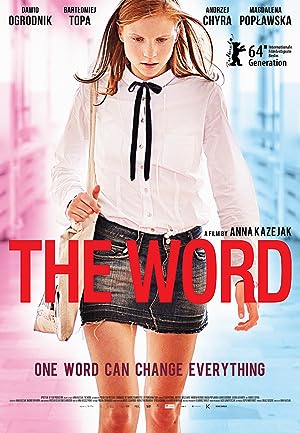