Thief or Reality 2001 with English Subtitles

Angelidi’s highly theatrical, experimental and allegorical film is divided into three independently existing segments that intertwine because of the involvement of the Thief, the connecting link between the three reality perspectives. The three segments are The Net, The Dice and Free Will, each one representing a philosophical idea and a natural element, (Fate-Fire, Chance-Water, Free Will-Earth), respectively. A sculptress of funereal memorials has visions of the Last Judgment, a mother who lost her son attaches herself to remnants of memory and fantastical visions of encounters, and an actor prepares for Antigone, with fictional reality invading his existential realm. The film explores the different levels of reality that can be experienced: the metaphysical (Death, God and religion), the tangible (love and mother-son relationships), and the externalization of the soul through art (theater and fiction). The Thief stands for Time, as time is a thief and destroys everything.

And with his latest film The thief or reality, Antoaneta Angelide (Topos, Oi ores: Mia TETRAGON tainia) leaves a deep mark in the history of modern avant-garde cinema, reinforcing a high position on the list of favorite female directors of these lines. Throughout the three chapters that are constantly collide and intertwine, connected image thief, she explores different levels and nature of reality, from the perspective of sculptor, grieving mothers and the actor in the role Atigone. Stressing the ambiguity of natural elements (fire, water and earth), presents us with an abstract game of fate, chance and free will between man and the cosmos.

The lyrical and allegorical “story” is based on the esoteric system of symbols, in which the protagonists are used to perform a “metaphysical choreography” in the theater (lack of) life. As narrators are unreliable, because “mortals do not know how to tell the truth, even to themselves.” On the brink of madness, tortured dark visions of the past and the future, without intermediaries communicate with spirits of the dead and property title, which could be the weather, and Fate and Death. Each of them have lost the ability to steal the moment, and with it, and touch with reality – only with the acceptance of the inevitability of their fantasy stops. Nothing is predetermined … or is it fake?

Fascinating, often symmetrical visual composition were immersed in deep shadows, and the Topos-in, or palette particulars, the dominant non-color. The eternal black, the costumes and the scenery, and the sublime silence, interrupted by heavy drones, ethereal chanting, enigmatic dialogues and monologues like Opel, create a funeral, nightmare-disorienting atmosphere. The deliberate artificiality, it’s even more intense than before, the main characteristic of Angelidinog unconventional “ritual”. (google translated) 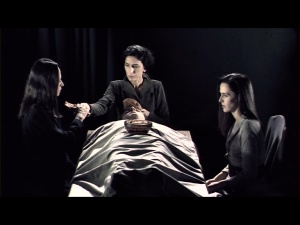 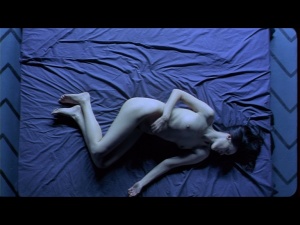 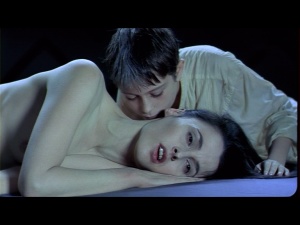 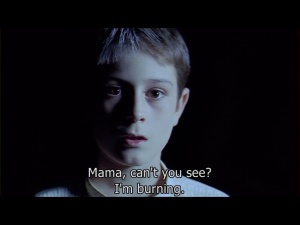 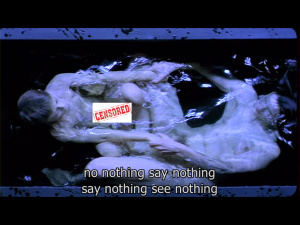 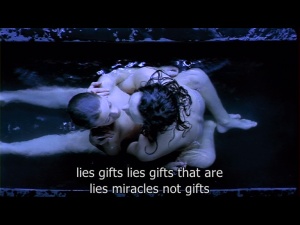 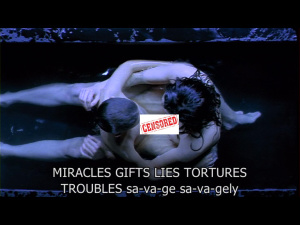 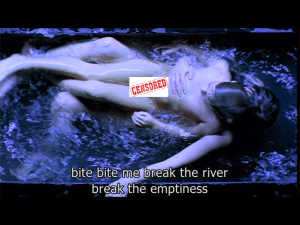 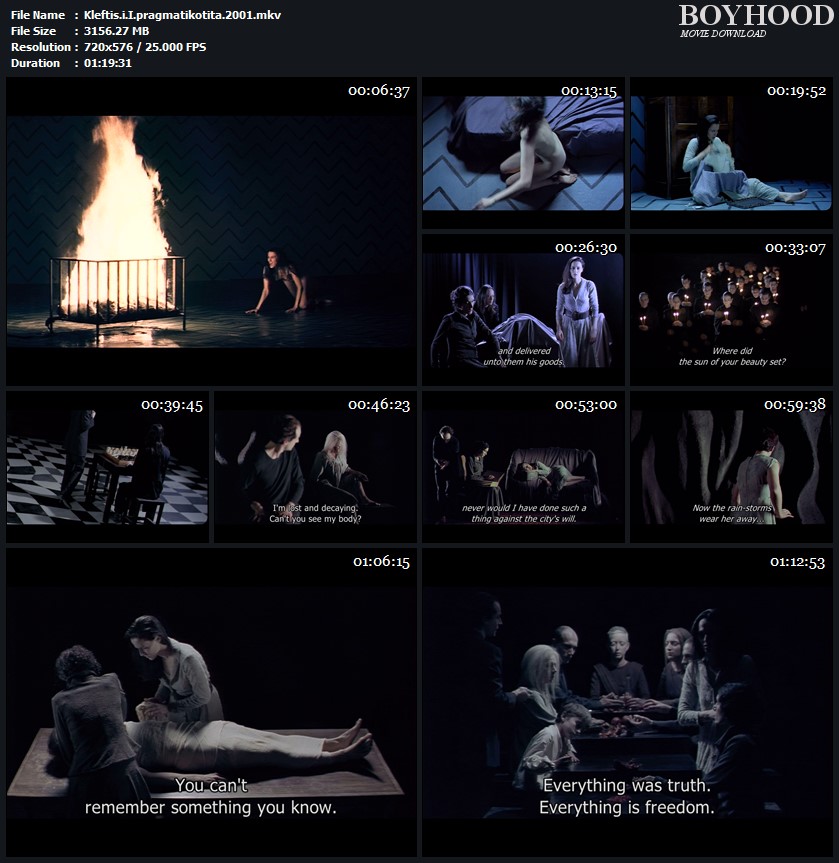 5 reviews for Thief or Reality 2001 with English Subtitles