A coming-of-age story about the 16-year old boy Ari, who has been living with his mother in Reykjavik and is suddenly sent back to the remote Westfjords to live with his father Gunnar. There, he has to navigate a difficult relationship with his father, and he finds his childhood friends changed. In these hopeless and declining surroundings, Ari has to step up and find his way.

Sparrows Ari tells the story of a teenager whose mother leaves with her boyfriend to Africa, forcing the boy to leave Reykjavik to go live in a small town with his father with whom no contact for six years. The distance with his father, with alcoholism, is large and at home Ari seems to find understanding and love only her grandmother. His childhood friends will receive with a mixture of affection and distrust of this new element that challenges the existing roles and status in the gang. Misfit, lacking concerning their arrival in the new environment coincides with the discovery of first love, their first sexual contact and the first dabbling with alcohol and drugs. This story is set in Iceland, a country that has long nights in winter and summer are just catching sun, with a terrain and a climate that does not help communication. Sparrows is another of those movies that show the flip side of Nordic society so advanced in some respects, but so prone to social isolation, depression and alcoholism. Or at least that’s the image they convey exporting movies to festivals. 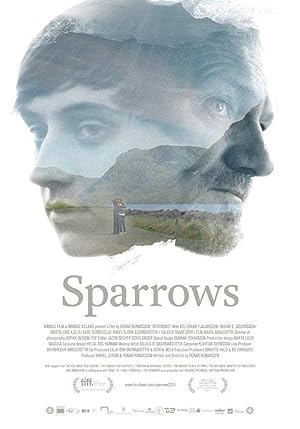