Tim (Ilyes Moutaoukkil) and Willi (Lorenzo Germeno), called dumplings, get to know each other at the boarding school on the first day of school. The two could hardly be more different and especially Willi, son of a good family, is not happy to share a room with Tim, a fellow from the suburbs. But when Dumplings father is abducted and with him a valuable statue disappears from his art collection, Tim is the only one who believes Willi, that the police is on the wrong track. Together with the highly intelligent outsider Karl (Manuel Santos Gelke) and the smart policewoman Gaby (Emma-Louise Schimpf), the group begins to investigate on its own: a plane crash, masked kung fu fighters, a hidden message from dumpling father. How does this all come together? And what do the blind psychics Raimondo (Milan Peschel) and his assistant Amanda (Mai Duong Kieu) have to do with it? Against all odds the four discover a conspiracy. 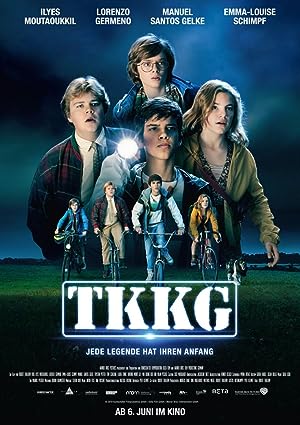