Tom at the Farm 2013 with English Subtitles

The story of Tom, who is in the grip of grief and depression following the death of his lover. When he meets the family of the deceased, it is revealed the mother was not aware of her son’s sexual orientation, or his relationship with Tom either, for that matter.

This was really something else. I had never seen a film from Xavier Dolan so I didn’t know what to really expect, but this is that type of film that you’re not sure just how good it really is, or if it even is good, but it’s impossible to turn away. When all is said and done, its narrative is actually pretty thin, pretty simple, but it has a sort of intense, maddening tone with a bunch of scenes that come off both so weird and uncomfortable. Again, this makes it feel like a pretty distinctive experience, but once it’s over the spell was sort of broken. It reminds me a lot of Stranger by the Lake in that regard, feels like it’s great while watching it but after watching it you’re not quite sure what you saw was of merit, but unlike that film, this one didn’t leave such a bad taste in my mouth and was a lot more entertaining. Maybe not a great film, but a very interesting one at least, and it’s pretty admirable that someone so young would do this. The last 15 minutes do take away a lot of its intrigue though.

And maybe it says something about me, but I found Pierre Ives Cardinal so unbelievably sexy. So, so wrong but I just couldn’t help it. 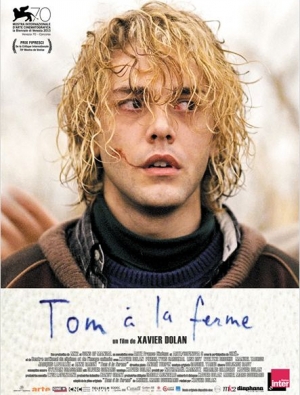