Classic fairy-tale story about Tom Thumb against Giant. Parents are poor and want to leave Tom Thumb in forest. But Tom Thumb is clever and marks his way by stones. Second time he is unsuccessful – he has only bread-crumbs and birds eat them. Tom Thumb finds a Giant and a beautiful princess in his entrapment, and is determined to free the princess.

I agree : this movie is really great and very poetic ! Its music (yes, scary some times but I don’t see why it should be strange with such a story !), its atmosphere, the actors (Jean-Pierre Marielle as the ogre, Marie Laforet as the Queen – both of them very famous and good French actors), the lights… OK, the special effects are… well that’s what you could do in 1972 with few money ! I loved it so much when I was a little girl ! And I can see that it is still true nowadays : my children love it too (unfortunately they can see only extracts online… )! You can’t judge it with adult’s eyes !!!! Don’t forget that it is a story for children… Just see how children watch it : they ‘live’ it, it is incredible ! And this really is Perrault’s world and not Disney movies which change the stories to make them ‘politically correct’… 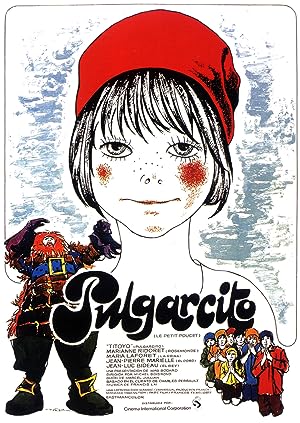