Andreas and Stefan lead a happy and passionate life: Together with their beloved tomcat Moses, they live in a beautiful old house in Vienna’s vineyards. They work as a musician and as a scheduler in the same orchestra and they love their large circle of friends. An unexpected and inexplicable outburst of violence suddenly shakes up the relationship and calls everything into question – the blind spot that resides in all of us.

Kater is surely one of the most disturbing films ever made. If it had focused on a heterosexual couple I am sure this film would have been widely applauded as outstanding, but implicit reactions in most viewers are probably blocked by the sexual explicitness of the two main characters. Personally I find it more disturbing that any of Haneke’s films, and about the extremes of human reaction it certainly is. The violence in it has no explanation because the director does not reveal the hidden impulse that leads to the apparently inexplicable violent act. It is for us the viewer to take on the violence and the guilt that follows and, while watching, bring to the surface our own guilts, our own acts of cruelty, mild or otherwise. The viewer is trapped in his or her own responses, examining their own inner motivations, and that is the darkest place the viewer can be. And because most of us fail to accept our guilt and its consequences we accuse the film of being too long, too boring, too unexplainable; anything will do as long as we refuse to accept that human motivation, even when analyzed by psychiatrists, is haphazard to say the least and that love, although enduring, can be an enduring hell for both persons involved. There is a curious scene where a friend simply watches the two men make love. It is there for apparently no reason and it is curious because he seems to be trying to understand their sexuality as if it were a whole new territory of being, and this is how we should watch this film 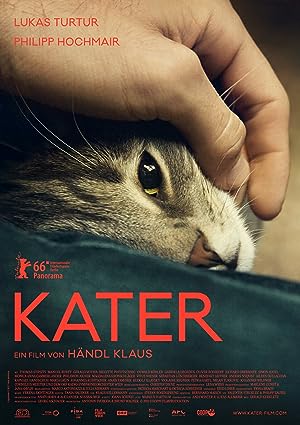 Tomcat (2016)
124 min|Drama|24 Nov 2016
5.8Rating: 5.8 / 10 from 668 users
Andreas and Stefan lead a happy and passionate life: Together with their beloved tomcat Moses, they live in a beautiful old house in Vienna's vineyards. They work as a musician and as a …
Director: Klaus Händl
Creator: Klaus Händl
Actors: Toni, Lukas Turtur, Philipp Hochmair, Sebastian Löschberger

Be the first to review “Tomcat 2016” Cancel reply