A pleasant surprise. Without being a pretentious film, it fulfills the purpose of entertaining and at the same time, raise the issue of same-sex couples with children. Zoe and Dan are two women in love who live together for 10 years and have one son, Simon. A smart kid, sensitive, respectful and great swimmer, coached by Dan itself. They live in Belgium, in a place where all accept and coexist with their choice. Even the little friends of Simon. Everything works fine until it reaches a new family to the neighborhood. And with them, also come the prejudices and conflicts. Simon is in a stage of development and establish new ties, so these new comments starting to affect him. Now, for the first time, must contend with the idea of not having a father, like all the kids ‘normal’. It also begins to doubt his feelings for Dan. Finally, both women face a situation that until then had only imagined. The great success of this film (besides the actors) at least for me, is that it never focuses on the lesbian relationship of these two women, but on the perception that others, including children, have about the situation. Zoe’s mother, neighbors, friends of Simon. Precisely them, the friends of Simon, are an important part in the film and have a range of reactions and situations for analysis. It is normal or morally acceptable that a girl does not know her father because he left when he learned that her mother was pregnant? It is normal when a father (new neighbor) is tough with their children, teaching them to be intolerant and have prejudices as well as bad manners?. It seems that heterosexuality provides a degree of impunity. Simon falls for the daughter of the new neighbors, which subtly points to another common misconception: the gays are a bad influence and their children will inevitably be the same. The film is not an extreme drama. No low blows, flows naturally and has the right touch of comedy, particularly in the answers of some characters. It is entertaining without making us feel indifferent to what we consider ourselves normal or abnormal. It makes us love or hate certain characters. Simple, effective and, as if all that were not enough has that French touch. 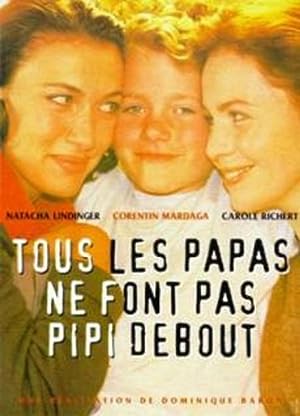