Dat (Vien Minh) lives with his little sister with his always drunken father in a Vietnamese mountain. There it ends up a small traveling circus, which fascinates Dat quickly. Especially Lan (Thai Ngan), the girl of the troupe, it has done to him, because she performs a trick with rice in an empty basket is suddenly. He hopes to be able to nourish his poor and hungry village through this spell.

Rich in allegories and cinematic delights, “Traveling Circus” shows why Viet Linh is one of Vietnam’s most celebrated filmmakers. Although the director, who was born in 1952, only made half a dozen films that are best for festivals in the West, their imagery and choice of subject convinced almost every jury. This 1988 work was banned in his homeland for two years because the communist regime made subversive ideas. And that is not even so outlandish.

But the target of Viet Linh is not politics, but art. The circus troupe, as well as theater makers and film directors, pretend reality to the audience, but they are fooling it. For the naive Dat, this principle is alien to deception. He believes what he sees, for him the world is what happens around him. The artists who come to the village take advantage of this naivety. How roughly Viet Linh attacks their own profession, anyone can read in, but in any case, it is a few cheeky side blows.

The circus is by no means demonized. “Traveling Circus” develops a similar fascination for this traveling troupe, as Federico Fellini has often done in his films. The drama also depends on something Fellini-eskes, between neorealism and dreamy fantasy. But also influences of Ingmar Bergman, Satyajit Ray or the Soviet cinema (Viet Linh was trained in Moscow) can be discovered. However, it is never a zusammengeklauten style, but a self-consistent imagery that uses only different techniques.

Especially the change between brutal realism in the hunger-stricken village and the imaginative world of the circus creates an exciting dynamic. Clever too, that we spectators first meet the circus and come as the artists in this village as a stranger. Slowly we get insights into the everyday life of the people there, their hunger, their suffering, their barren life. The viewers find themselves in an unfamiliar position, almost like an intruder.

“Traveling Circus” may be simple in terms of content, but that’s what makes it so multifaceted. On the one hand, it functions as a neo-realistic drama about poverty in the mountains of Vietnam. On the other hand, he shows how people can be seduced and manipulated with delusion and tricks. Then there is probably that subversive element that the leadership in Hanoi did not like. It was the Communists who finally appropriated the media and art to spread their ideas, their delusions.

Apart from that, “Traveling Circus” pleases with its precise black and white imagery, the unobtrusive drama and some tragic moments towards the end. Despite the brevity, a few lengths creep in and every now and then a scene seems inconsequential – but there is little to shake at the staging. All the more regrettable that there are no more works by Viet Lin available in the West. Your work would definitely be worth discovering. 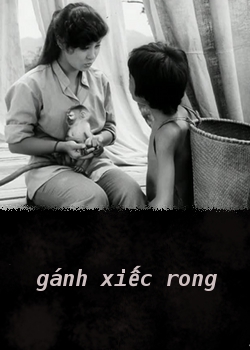