Not long after Carl is adopted, his new mother begins seeing a different side of him than anyone else. As she becomes more and more distressed, bizarre things continue happening, and the family slowly begins to see that maybe their mother isn’t imagining things, and there’s more to Carl than originally thought.

This movie is based on an important disorder – Reactive Attachment Disorder. RAD arises from a child’s failure to form normal attachments to primary caregivers (their mother) in their first few years of life and can result from severe early experiences of neglect, abuse, abrupt separation from caregivers, frequent change of caregivers, or a lack of caregiver responsiveness. Children with attachment disorders have difficulty connecting to others and managing their own emotions. This results in a lack of trust and self-worth, a fear of getting close to anyone, anger, and a need to be in control. A child with an attachment disorder feels unsafe and alone. They often struggle with physical contact and can act out in manipulative and violent behavior.

This movie is based on true events about an adopted child with a disturbing, but authentic, personality disorder found in severely neglected and/or abused children, (often foster children.) The movie has some good information, but it is delivered through poor acting and disjointed storytelling. The movie wasn’t able to spend enough time setting up the characters and storyline, and the acting was so bad it was hard to feel any empathy for any of the characters which made the film depressing and hard to watch. I honestly don’t know if I can recommend this movie because I’m sure there are better films or even better books that can portray this condition in a better light. And although the subject matter is interesting, on its own as a movie, it just was not that entertaining, in my humble opinion… so an average rating for a below average film from me. [2015] 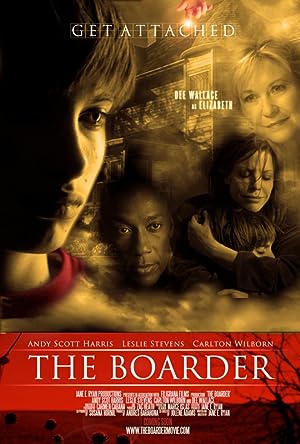 Be the first to review “Troubled Child 2012” Cancel reply