In a boarding school, Raidel is witness to the abuse suffered by his schoolmate Randy.

a simple story. far to be surprising. only cruel remember about the spirit of pack, bullying and a gesture who could change everything. important is the refined form of poetry who defines the film. the silence, the violence, the looks, the meet with the parents, the profound pain of Randy, the levels of confrontation, the revenge. and something who remains only a delicate state of memory. about episodes from the school years, about every day people, about instinct and about justice, generosity and the cold “too late”. a love story who has the gift to be presented in the perfect manner for define delicate emotions out of ordinaries definitions. a bitter film. about two young men. and about fundamental options. 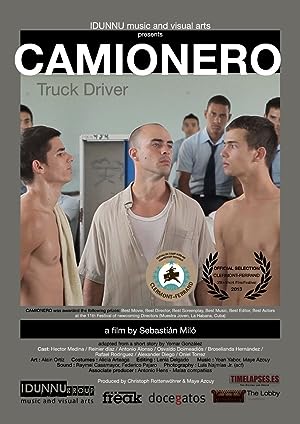 Be the first to review “Truck Driver 2012” Cancel reply