Returning to his hometown by the sea, Levien visits his unyielding mother (Kitty Courbois) on her deathbed. He looks back on his childhood (played by Eric Clerckx) when he was in love with his sensual aunt Coleta (Linda van Dijck) and his anarchist mother who regularly put the whole family in trouble.

SYNOPSIS: Old man Peskens (Max Croiset) returns to the small town where he was born to visit his mother. He thinks of his childhood memories and recalls scenes of his dominating mother. Unlike his father who advocated the rights of workers in the Municipal Council, his mother fought against injustice done to the poor in the street. She pushed the landlord down the stairs when he came to collect the rent for the shack where they lived. She took half a pig off the hook at the butcher’s place, and distributed the meat among the poor. She punched his father’s political opponent. She willingly burned barns and cut down the orchards of the wealthy. She often got the choice between paying a fine or a jail sentence. She always opted for the latter.
Young Peskens (Eric Clerckx) was always her accomplice; he obeyed her in everything. She took him with her on her adventures, showed him the free life of showmen, and time after time, woke him up at night to help her in her nightly revenge campaigns. In an attempt to set himself free from this woman’s deathly grip, he fell in love with his beautiful young aunt Coleta. They made love in the dunes, went swimming naked in the sea, and had secret rendezvous at Coleta’s house. It was too late for him when he came to the realization that his aunt did not desire him, but used him to connect with his mother, and that both women were exactly the same. He escaped one cage to be trapped in another; he was betrayed by his aunt, and abandoned by his mother.

The old man wakes up from his memories in a hotel at the sea. He receives a call from the old-age home telling him that his mother is dying. 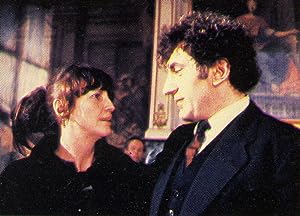 Two Queens and One Consort (1981)
102 min|Drama|01 Oct 1981
6.0Rating: 6.0 / 10 from 157 users
At the deathbed of his used-to-be militant mother an older man looks back at his childhood, when he was in love with his sensual aunt Coleta.
Director: Otto Jongerius
Creator: Otto Jongerius, R.J. Peskens (novel)
Actors: Eric Clerckx, Linda van Dyck, Kitty Courbois, Jan Decleir