Twist and Shout 1984 with English Subtitles

Danish teens come of age in 1963. Bjorn and Erik are close friends. Bjorn is pursued by Kirsten, a future Stepford wife, but he falls for Anna, who initiates him into love and sex. Erik is somber, caring for his home-bound mentally-ill mother while his strict father rules his life. He desires Kirsten, but she’s unattainable. Pregnancy, a horrific abortion, an engagement party, and a revelation about the rectitude of Erik’s father lead to a climax: Bjorn and Erik must stand up to controlling adults.

This film is the highest grossing film of all time in Denmark, where it was made. There must be a reason, yet I’ve never read a review that comes close to understanding the mood and intent of the film. Ebert’s, for instance, is a joke and an embarrassment.

Ever seeking to see justice done to this superb film, I poked around some other sites and finally found a fair, thorough, thoughtful review. If you’re interested, you might run a quick search for a review by Hal Hinson in The Washington Post back in 1987. Hinson describes “Twist and Shout” as “a buoyant, moody work” — and, as anyone who’s spent much time in Denmark can attest, that description might serve as well as any to describe the national character. 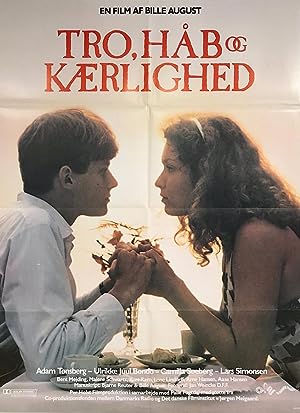 1 review for Twist and Shout 1984 with English Subtitles