The story of Francisco, a very simple and poor man whose dream was to see his children become country music stars, and who made all the efforts to make it happen.

I’ve heard a lot about this movie. It’s good as cinema, with a beautiful photography, good art direction and fair script and rhythm. There are funny and sad moments. But I can’t see this movie as a Oscar-winner, or even as representative of a great Brazilian production. It’s great for the fans of the singers; I can imagine them crying all the time… I’m sorry, but it doesn’t go farther than a good soap opera, or an Indian Bollywood hit.

Any Brazilian movie with good budget is pointed as a Oscar-winner. It happens every year. Come on, let’s face it: this movie is good, but not good enough. 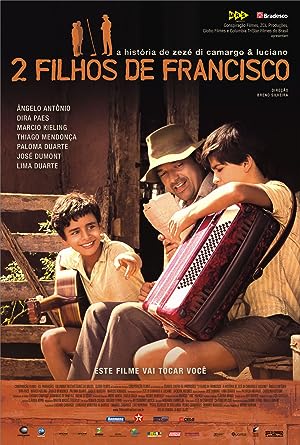