When thirteen-year-old Raul is asked to entertain the local landowner’s son, a game of power and pride starts between the two boys.

Wonderfully played, this short film begins as a tender tale of friendship, only to turn decidedly dark. It focuses on the bond between farmers’ son Raúl and Hernán; the son of a wealthy landowner whom Raúl’s father visits in the hope of securing seeding equipment needed for his fields. As the men discuss business, their sons catch up on old times caused by Hernán’s move to Mexico City three years ago. Yet this is a short in two halves, with the opening section as upbeat as they come, as the two boys play football, drink beers and casually talk about their love lives. Such however is not to last, as a dip in the pool reveals a different side to Hernán’s nature, as the young man knowingly takes advantage of the situation to his sexual gratification. And it’s this sudden cinematic left turn that takes you off guard, with writer and director Mauro Mueller here opting to avoid comment. The result is a non-judgemental, if thought-provoking narrative on sexual assault, all of which makes this short film standout from the standard boy-meets-boy scenario. The look on Raúl’s face at the end however says it all. 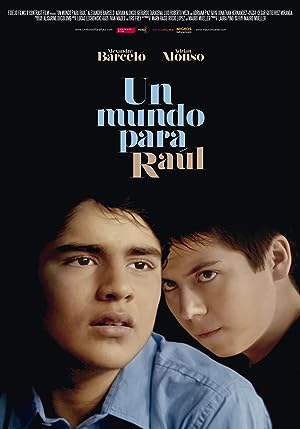