In Curuguazu, located in the Argentinian countryside, seventeen year-old Daniel Montero has been raised by his grandmother for three years since the death of his parents in a car accident. Daniel has a boring life, working in a poultry processing plant and meeting his friends in the square to make small talk. He saves some money from his salary and buys an old television, where he watches late night porn shows of Sabrina Love. Daniel wins a contest to spend one night with Sabina Love in Buenos Aires. However, he does not have the 50 pesos to pay for the bus ticket and hitchhikes along 500 kilometers with truck drivers to the city. He is robbed on the road but arrives in Buenos Aires on Saturday morning, but the television postpones his meeting with Sabrina Love to Monday. Without any money, he visits his older brother Enrique who left his hometown many years ago to study agronomy and does not know that his parents are deceased. Daniel discovers many truths during his brief stay.

I saw this film at the Los Angeles Latino International Film Festival last night. The film was a charming commentary on love, sex and growing up in modern Argentina. I had a few problems with the narrative flow as the action starts and stops with no explanation as to how the characters arrived at that point in the story. This seemed less a choice in playing with the narrative structure, and more of mistake on the part of the filmmaker. However, all in all, it was a fun filmgoing experience. My Spanish is somewhat flawed, but even with my poor comprehnsion, I could tell that I was missing some great jokes and other crucial information. I’m sure that my experience would have been better with more accurate subtitling. 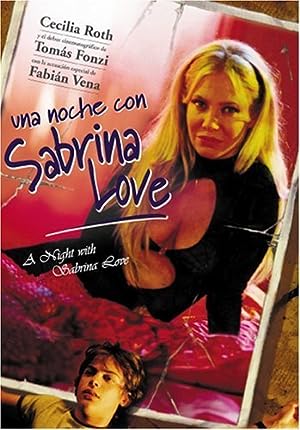