Under the Mountain (2009) starring Tom Cameron on DVD

Category: Movies in English Tags: Tom Cameron, under the mountain

Under the Mountain (2009) starring Tom Cameron. 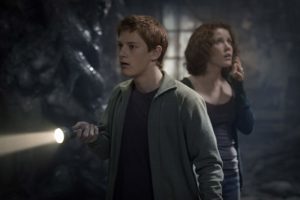 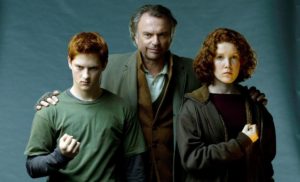 Director: Jonathan KingWriters: Maurice Gee, Matthew GraingerStars: Tom Cameron, Sophie McBride, Oliver DriverSummary: After their mother dies, teen twins Rachel and Theo are sent to live with relatives in Auckland, where they come across three alien races. The seven shapeshifting Wilberforces love all things rotten and seek to lay waste all of Earth through the power of the seven Gargantua, enormous slug-like creatures trapped, one apiece, under Auckland's seven volcanoes but soon to free themselves. Mr. Jones is an alien too, the surviving twin of a pair come to use their fire powers on the other aliens. Only twins can unleash the firepower from a set of magic stones, but after failure with a previous set of twins, Jones hasn't much hope for Rachel and Theo, though he doesn't know they can tele-communicate with each other. Written by statmanjeff