This Danish movie is shown in Singapore as part of the Hans Christian Andersen Film Festival, running till next week. I also learnt that Singapore is the first country outside Denmark to screen this film.

The narrative of this film is simple, looking back into the early life of Hans Christian, before he was an accomplished writer of stories you and I are familiar with (like The Ugly Duckling, Little Match Girl, etc), he was an uneducated young lad looking for his first major break, be it as an actor, writer, poet or playwright.

However, his deficiency was in his formal education, or lack thereof. An opportunity was presented and he gets sponsored by the King to get educated in a school, tutored personally by the school’s principal Mr Meisling, and staying with his family. Here he befriends a young servant boy named Tuk, and cements their friendship with his telling of fairy tales.

But with Meisling’s unorthodox teaching methods, and ban on Hans Christian’s wanting to write poetry, both men clash. It seems that Meisling wants to curb Hans Christian’s perceived attention disorder (words cloud his mind and he wanders off developing and writing “bad” poems off the cuff), while the latter deems Meisling too stifling.

The direction seems to be split between wanting to explore the friendship between Hans Christian and Tuk, and to explore the rivalry and resentment between Hans Christian and Meisling. This indecisiveness takes its toil on the overall feel of the movie, as I couldn’t fathom which, and was feeling a little divided over the movie’s narrative objective.

The production sets and costumes are beautiful, and I could say the acting credible. The pace however, needed improvement, as most times scenes drag, for no apparent reason. There were also sub-plots that could be done without, which could probably improve the narrative, as these plots don’t add much depth.

Those who plan to watch this film, don’t expect to be watching him develop his well known and loved stories (a narrative track similar to Finding Neverland). Rather, it’s a film on his self-discovery, and probably regret, which allowed him to learn, and inject these sad experiences into his tales. 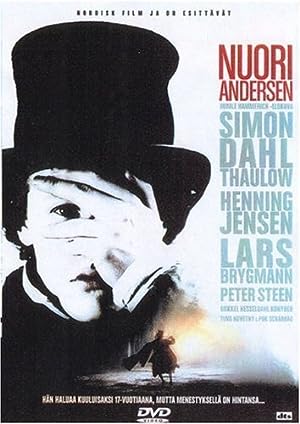