Oli is a musician who specializes in the violin. When Jan, his pot dealer, comes by his apartment to deliver his latest purchase, the two, while smoking some weed, get into a discussion of their respective lives, focusing primarily on Oli’s violin playing. Initially, Oli believes Jan is mocking him. Through the music, the two make a connection which transforms the encounter. But that connection may ultimately be shattered by real life.

I enjoyed this short film from Roman Ilyushenko. A good, tasteful storyline sympathetically crafted for the screen by the director. Although it is in German, the English subtitles very quickly make you forget it. I particularly enjoyed the original music , with a subject such as a violin it would have been easy to use some populist pieces. Julian Lembke’s score matched the mood of the film very well. Johannes Huth and Hannes Sell acted well and brought a natural and believable professionalism to their roles, this is so often missing in short films of this genre. Without the need for showing physical intercourse, Ilyushenko is restricted in his realisation of this encounter, yet manages in twelve minutes to give us what most directors can only hope to achieve in three times that time. His story is both simple and engaging, moving and uplifting despite its lack of complication, showing us the transcendent power of music. A ‘well-worth watching’ short film, both engaging and uplifting which deserves to do well. 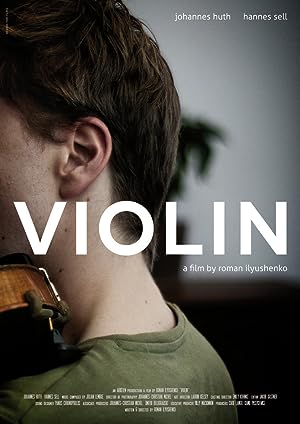