When everything is for sale, what’s the value of love? Jesus does make up for a troupe of drag performers in Havana, but dreams of being a performer. When he finally gets his chance to be on stage, a stranger emerges from the crowd and punches him in the face. The stranger is his father Angel, a former boxer, who has been absent from his life for 15 years. As father and son clash over their opposing expectations of each other, Viva becomes a love story as the men struggle to understand one another and become a family again.

Jesus is a hairdresser in Cuba’s capital and he works with the performers of a drag venue run by Mama – an effervescent and passionate man who can hold an audience – but needs the right wig. Jesus also does his wigs but longs to don the dresses, make up wigs and sparkle on stage like the drag acts he sees perform.

Then one day his estranged father turns up. He is an ex boxer with a dark past, a smoking and drinking habit and attitudes that make him anything but receptive to his sons wishes – sparks are gonna fly.

Now this is from Irish director Paddy Breathnatch (‘Shrooms’) and was co funded by The Irish Film Board – written by Mark O’Halloran, who also has a small part here and brought us ‘Garage’ as well as appearing in a number of films including ‘The Guard’. As such the collaboration or Irish and Cuban talent works very well.

One of the biggest criticisms has been the failure to put sub titles to the songs that are performed in the film. It is in Spanish so naturally is sub titled, but the songs are not. Paddy Breathnatch has said this was to ensure the audience concentrated on the performances and not just try to read the words etc. Well I could have managed both and I am sure a few others could too. That said I really enjoyed this film, it is a great script, a strong cast and enough drama to keep a drama queen happy. Plus you get some fabulous performances on stage too, so it is a film I can recommend. 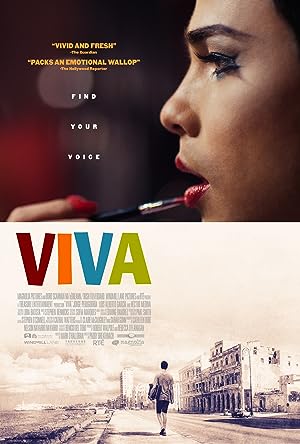