On a dairy farm in the Eastern Townships, in the middle of a drought and while the land is parching, a drama will disrupt the life of the Santerre family. Confronted to each other they will have to learn to forgive.

This is a Canadian French language film written and directed by a newcomer. I have seen lots of films about the farmers and it is not just one of them to get over with after a watch. It was thoroughly analysed and presented to us. I mean the urban people, we cause all kinds of pollutions and it is affecting the natural world thousands of miles away. I know industries are the main source of the pollutions, but they’re operating because of our demand. The film was about a family, but the storyline had a slight influence on these topics.

The film sets in somewhere in the remote place of the Quebec province. Centres on a dairy farm couple and their teen son during one summer season. It was not like the previous year, severe drought already claimed one of the members of a family in the village and now this little family is about to go bankrupt. With the troubles ahead, how they’re going to manage, especially after an unexpected accident that shattered their peaceful life.

The main focus was on the mother and her son. Those two actors played their characters wonderfully. But I thought they were real farmers, because there is a scene involving a cow giving birth to a calf and I was totally stunned for it. That looked so real to me, but there might be some tricks like CGI. Considering it a low cost film, that idea can be ruled out. Anyway, it was not all about the farm, most of the film was about their personal life. As a family working together to keep the dairy farm get going and individually theirs different interests.

“Farming wasn’t the life I wanted.”

This is widely unnoticed great drama and the reason is it is a small budget film, involving not so famous actors, the theme and of course the unknown director. But it has everything and even more than that, what a rural based subject should focus. Especially in the current world status as the global warming is a big concern, it committed to reveals why the agriculture is shrinking, and how those who are depending on them are directly affected was boldly told.

You know, like the title says, how precious the wetlands are for the dairy farm animals. It was not intended as a message film, but quite understandable if we use our common sense. Those people work hard, but sometimes theirs hard effort goes unpaid. Besides struggling to make a living, they too have a life and desires to fulfill.

Regarding the narration, the introduction was very casual and had no end twist. But simply displayed the film characters as what the real rural people do when they’re in such situation. Especially those mourning parts were well detailed, and as there’s no other way, they fight to recover from the tragedy. Besides, a few other stuffs like finding sexuality, affair, drinking, smoking are all covered in it.

The film had almost the two hour run, but well developed and filled with quite unpredictable scenes. Film length is always a concern when it is a pure drama, because drama elements won’t bring excitements, so one must have patience to watch them. But for this, I think everything worked out so well. I didn’t find any boring parts, there’s always something developed in the gaps to keep the viewers alive. The screenwriter must me praised for that. This film is worth a watch, but that does not mean a must see. Whatever, surely it needs the audience to spread the words around, how good it is. 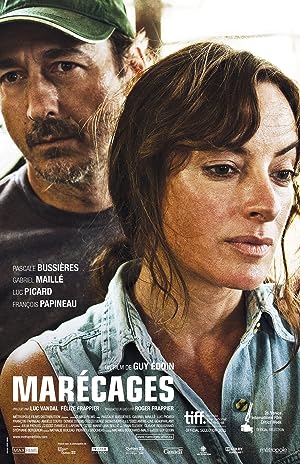 Wetlands (2011)
111 min|Drama|09 Sep 2011
7.0Rating: 7.0 / 10 from 476 users
On a dairy farm in the Eastern Townships, in the middle of a drought and while the land is parching, a drama will disrupt the life of the Santerre family. Confronted to each other they will have to learn to forgive.
Director: Guy Édoin
Creator: Guy Édoin
Actors: Pascale Bussières, Gabriel Maillé, Luc Picard, François Papineau

2 reviews for Wetlands 2011 with English Subtitles