Younger brother Nick, who has Asperger’s syndrome, struggles to cope and understand after the death of his brother Chaz. His parents are in denial about several things, and are not communicating or dealing well with the loss, but then Chaz’s best friends decide to become mentors to Nick.

Nick Yung has a brother whom he adores, and he has Aspbergers. He comes from a seemingly perfect American/Oriental family, but perfection’s not all it’s cracked up to be.

On the death of his brother, life starts to unravel and he slowly uncovers the truth that lies just beneath the perfect veneer of his life.

Nick conquers his differences and goes on a journey to discover that not only do people keep secrets, but that uncovering those secrets can set you free and make you whole.

The acting in this film is terrific, especially from the young man who played Nick so well. It’s a lovely little film that made me smile and cry in all the right places.

Well worth a viewing. 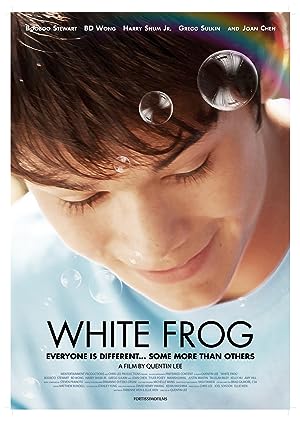 Be the first to review “White Frog 2012” Cancel reply