An unexpected arrival sends Will’s world spinning; a transcendental experience leads Marlowe to deal with his past; Topcliffe deciphers a code that throws Will into a life-and-death situation.

Now, at the exact midpoint of the ten-part series, our intrepid playwright “Will”has produced only two plays. The first was “Edward III,” which was composed back home in Stratford. The second, “The Two Gentlemen of Verona,” was cribbed from a novella stolen from the book stalls. Will has also been steered to the chronicles of Holinshed to have a look at the reign of Henry VI. Through a poster displayed at the end of the program, it appears that Will has finally gotten around to developing the Henry VI trilogy.

At the start of the program, Will is drawing upon his love affair with Alice Burbage to compose some of his Sonnets. The episode title of “The Marriage of Two Minds” derives from one of these poems. But the producers of the film seem unaware that the poet Shakespeare addressed the Sonnets for a young man, not a young woman.

Will and Alice are interrupted in their intimacies with the arrival of Anne Hathaway Shakespeare and her three young children, paying a visit to their wayward husband and father from Stratford. Will’s father John has “run his business into the ground.” Anne has been treated like an “unpaid servant.” She now demands that Will return with her and the children to Stratford to revive the failed glove-making business of Will’s father. The episode offers no indication that Will is solvent with his writing ventures. Indeed, the exact opposite would appear be the case, based on Will’s squalid living quarters.

Instead of attempting to explore the genius of Shakespeare or the artistic process of playwriting, the series again focuses on religious strife in Elizabethan England. Kit Marlowe continues to experiment with subversive, if not heretical, conjuring exercises, and, in a bizarre ritual act of atonement, he is buried in the ground with only his head exposed.

Topcliffe continues with his obsession with ferreting out Catholics, enlisting his young son Wesley in the cause. The character of young Wesley is perhaps the most interesting in this episode, as he recognizes that his father is a zealot, then attempts to stop Topcliffe’s beating of one of Southwell’s associates. Topcliffe packs his son off to law school; he has more important tasks in combating the heretic Catholics than to see to the raising of his son.

Will has failed to produce the play required by Topcliffe, claiming that he is a “lowly populist” writer. In point of fact, religious controversy is a recurring pattern in Shakespeare’s plays. The film producers dropped the ball by not referring to the portrayal of Joan of Arc in “Henry VI (1).” That portrait was the exact kind of propaganda that Topcliffe had ordered, as Joan is depicted as being in league with the devil. But in this program, Will confesses that he is “a poor fool groping in the dark” when it comes to the subject matter of his plays.

The episode closes with Alice having come to terms with Anne and the children, who plan to reside permanently in London. Of course, there is no evidence that Anne Hathaway Shakespeare ever visited her husband in London. Alice’s overriding purpose is to develop the greatest public theater in London and to use Will’s genius to help the Burbage family rise to the top. It is most unfortunate that we never see the genius of Will in the first half of this series. 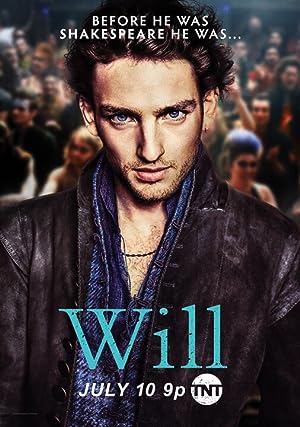