13-year-old Gabe Kowalski is a late bloomer who goes to great lengths to impress his classmate crush, Shane.

after its end, the basic question is about the subject of this short film. because it seems be one of childish games with no theme. and only after a time, the few excuses invented by the viewer save ” Yeah Kowalski!  from a too critic verdict. a film about appearances and truth. who could be real nice, and realistic, if the axis was not so…disgusting. because the cast try to save the film, the desire of a teenager to be like his classmate is not so bizarre but to propose a problem like that and a ridiculous scene in the pool is not reasonable. like many short films , the expectations are far to be great. but the poor young actors deserve, maybe, a better script. 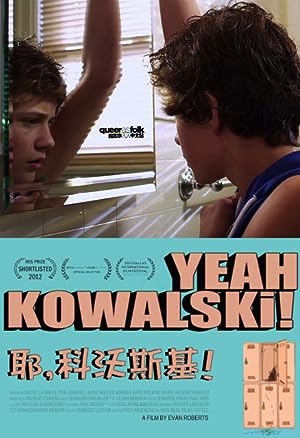