You and The Night 2013 with English Subtitles

I have no problems with a kaleidoscopic visual trip of eroticism, but it must actually feel sensual, rather than awkward. Hey, if you think it’s sexy seeing an annoying snarly queen dressed as a maid giving a woman a passionless mechanical hand-job on a couch, whilst a beautiful boy is delivering a monologue about his predilection for the night and its forbidden delights, then by all means this must be your type of film. The appeal of nocturnal carnal sin is alluded to, but the image we are provided with is off-putting and not sensual at all. Moreover, the incessant “deep” talk is on overkill and therefore the film drags on and becomes unbearably tedious.

I commend the director for his excellent visuals, now all he needs is a well written script to go with it. 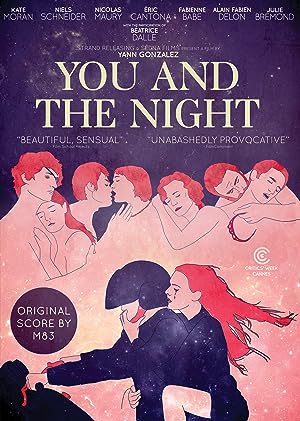