Set before the first Wold War in part of Poland under Austrain occupation, the story of a young boy in primary school who later grows up to become a rebellious, poetic-minded teen in the same school when the national movement toward liberation is under way. The story of a country where church amd state work together to suppress the human spirit.

Poland in the years before WWI. Nikolai, a young boy from an affluent and academic family quickly has to come to grips with his parents’ ill health. At a young age and after the death of his father he is sent to a strict boarding school. The school, one of the Austrian Empire’s elite schools in the Galician part of Poland, is run by tyrannical priests. Nikolai, with his independent streak from his dad, quickly comes in conflict with the school authorities, especially after the boy announcing that he believed there is no devil.

Nikolai stays with his aunt and alcoholic uncle, and often has to hear how much money he was costing them. One day he overhears them mentioning that his father has paid them a substantial amount of money to look after his son. It seems his uncle has wasted most of his money on parties and prostitutes. As the boy grows older he becomes politically aware, developing socialist sentiments.

This charming Coming of Age film with great photography, music score and acting, in my view unfortunately has a few minor shortcomings; I would have preferred the relationship between Nikolai and his uncle and aunt being fleshed out in more detail. There is also a scene of school boys folding fighter jets out of paper. Did kids do that during the first few years of the 20th century? I don’t know. The director should perhaps have thought of another activity to illustrate the boredom of school kids. These are only minor criticisms; I still score this enjoyable film a good 7/10. 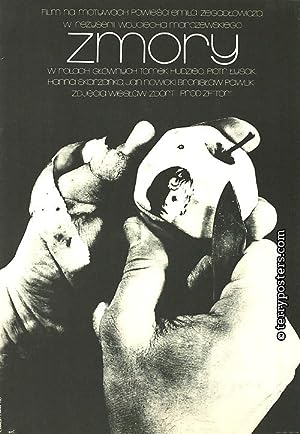 2 reviews for Zmory 1979 with English Subtitles