Pug, a wisecracking 13 year old living on a dangerous Westside block, has one goal in mind: to join The Twelve O’Clock Boys; the notorious urban dirt-bike gang of Baltimore. Converging from all parts of the inner city, they invade the streets and clash with police, who are forbidden to chase the bikes for fear of endangering the public. When Pug’s older brother dies suddenly, he looks to the pack for mentorship, spurred by their dangerous lifestyle. Pug’s story is coupled with unprecedented, action-packed coverage of the riders in their element. The film presents the pivotal years of change in a boy’s life growing up in one of the most dangerous and economically depressed cities in the US.

A pretty unique and interesting look at urban life about some dirt-bikers in Baltimore. Which of course is most known for being the main ground for the TV-series THE WIRE.

It focuses mainly one one kid called Pug who wants nothing more but to join the 12 O’Clock Boys “gang”, I use that term lightly cause they aren’t really a gang per se because the only illegal activities they do is ride their dirt-bikes on the streets where they are not allowed, performing various stunts etc.

They also interview some “street-legends” of the original 12’O Clock Boys who started out years ago and is still about that life.

It’s a documentary the way it should be done, it doesn’t try to push an agenda on you or condone the illegal activities nor show disdain for it, it just show you the way it is and how they use the riding as a release for whatever problems they have got going on. 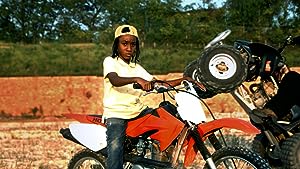