Tim, a shy 16 years old athlete, is both brilliant and talented. But the pressure he undergoes pushes him to the edge, where human limits reach the pint of no return.

This film is an extraordinary performance by Antoine Olivier Pilon, who seems mature well beyond his years. A story of bullying and homophobia in schools – which could be anywhere – this depiction highlights the sense of entrapment felt by teenagers when in crisis. These are magnified by the power of technology and the omnipresence of the harassment, 24/7.

I have read the earlier reviews and am astounded – did they watch the same film as I had?

This is brilliantly directed, down to the athletics scenes. They were so realistic.

I hate the use of “important” when it comes to movies, but for many confronted by bullying – either as victims or perpetrators – there can be few other words to describe this.

I was profoundly affected by this piece – it was moody, sensitive, raw and brutal. 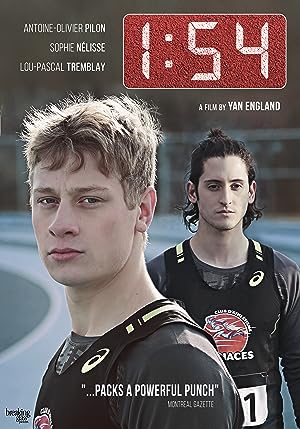