A simple yet proud rancher in the year 1922 conspires to murder his wife for financial gain, convincing his teenage son to participate.

When u will finish this movie u will certainly praise one thing first..obviously that will be the plot of it..A surprising one as well as too much psychology mixer..too much unbelievable..too too unpredictable..All the way down to the end of the tunnel the story circles around a confusing central truth…The truth of a human mind..the mind which planes to perform a complete perfect crime.A husband makes his mind to kill his wife is not too uncommon.But the story describes much more complexity about the standing of his son..u will see which way the son goes..Mother or Father?????

The movie is plotted in the background of early 19s..This also has added a lot of smooth surface in the overall progress.All those fascinating and animatic moves and actions are absent from here. Rather it is full of slow emotions and motions of life.Slowly flowing with a certain destination. All the dark side of human being is exposed but in a year dated back to 1922 ..not in 2017.That makes the movie more impressive.

The cinematography of the movie is also very attractive…A farm house full of crops around it like a western picture..Very very eye catching..Reminded me the movie ‘The days of heaven”.Those green crops bounded by sands and muddy roads..Blue horizontal sky above..Brown hut shaped well furnished farm houses..With every inch of mindblowing graphics..

One of the best aspect of the movie is though it is a horror movie it has less heart beating scenes compared to traditional one.Rather the horror scenes are more cause effective and purposeful..Some are still capable of producing electrical impulse in you..But mostly don’t feature the accustomed horror movies i must guarantee it..

Finally I haven’t read the novel of Stephen King..But my request to those who have read it please don’t compare it with the novel.Always writing is better tolerated than acting..And Novels are often far better than the movies.And those like me no comparison with novel freely go for a 1hour 41Minute turbulence of emotions..Darkness and ultimate surprise. 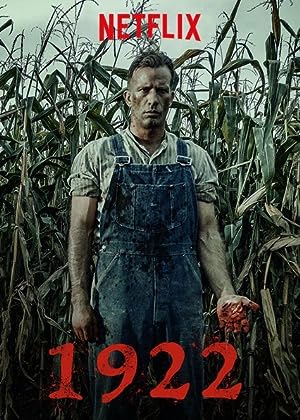