A French boy (Daniel) and an American girl (Lauren), who go to school in Paris, meet and begin a little romance. They befriend Julius, who enchants them with his storytelling. In an attempt to ensure the teens’ love forever, the three journey to Venice.

Forget what the naysayers might tell you, not all films about first love are teen softcore or sappy afterschool special! I still get a kick out of loaning this movie to friends and co-workers when they need something a little romantic. Sure, it’s somewhat dated in places, but everything’s here, including the excitement you feel for the two lead characters. Oh, and at risk of sounding like some pervert, I was only a tad older than Diane Lane was when I first saw this movie and I knew she was bound to be a knockout, that said, she still can act better than most and delivers a strong one here. That she can pull this off starring in a movie with Sir Larry says quite a lot if you ask me. 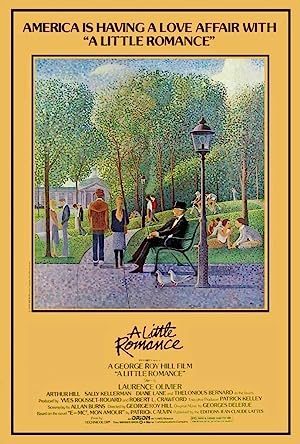 Be the first to review “A Little Romance 1979” Cancel reply