Cameron, a Police Officer with psychic abilities, is called upon to interview an accused teen in hopes of finding the whereabouts of the teen’s missing gay lover. His investigation immediately spirals into sordid tales of drug abuse, sexual obsessions, and a mysterious man living on a deserted mountain road. This handsome but very deadly “Siren” is a seeker of the lost and lonely, and revels in playing on their addictions. Has the lost lover met his end? Is the accused teen himself even among the living? As the tale unfolds, will Cameron find himself safe from the lure of the deadly and mysterious “Siren in the Dark?”

I was really surprised by how much I enjoyed this film, unlike a lot of films in the horror genre it stayed away from telegraphing what was going to happen next while giving plenty of clues: “they satisfy your desires and cater to your weaknesses”; my interest was sustained right to the end.

Although clearly semi-professional, even if enthusiastically so, there were touches that lifted it out of the ordinary- despite lackluster performances from the majority of the caste. Orion Cross (Joshua) is outstanding: combing the projection of sweet innocence, to match his looks, with pure evil in contradiction to the meaning of his character’s name- “Salvation”, with a bit more development this boy could go far. The same cannot be said for co-producer and actor James Townsend (Kevin) whose performance remains wooden- and, oh! so, what am I supposed to do here- throughout (as it does in everything else I have seen him in) even though he has numerous credits, mostly for bit parts but some leading roles: “Revenge in Olympia”, “Sideline Secrets’, and “The Windy City Incident”.

Hopefully the multi-talented and overworked, Writer/Producer/Director/Cinemtographer/Editor, Steven Vasquez will be given the opportunity to create something with proper backing and a professional caste and crew, he certainly has the ideas and if not spread too thin could come up with something that will gain him a cult following. This film is a definite improvement on “Sideline Secrets” and “Darker Secrets: Sideline Secrets II”- both still worth watching.

It may have helped if some of the tangential story lines had been cut, no matter how entertaining. Its not as if we needed some relief from the action and there is still plenty of eye-candy germane to the plot. 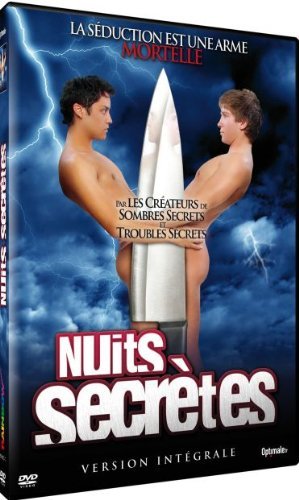