When David, an ex-monk still in his twenties meets Mark, he falls hard; soon he’s asked Mark if they can live together. Things go well for awhile, and then differences in their definition of “commitment” begin to push them apart. Mark wants other sexual adventures, David tries to go along. Can they talk through the crisis in their relationship or is a breakup in the offing? David sees his relationship with Mark as a marriage, so if it ends, can David’s heart ever heal?

“A Very Natural Thing,” according to sources I’ve read, was one of the first films to show gay men candidly as people. The two principle characters could be anyone. They don’t fall easily into stereotypes which plague gay-themed films, even today in the late 1990s.

This film definitely has the look and the feel of its times, the mid-70s. It’s fascinating to see how people dressed, the way they talked, what cars they drove, even how they cut their hair. It’s also interesting to look at gay lifestyles in this period setting. This was before AIDS/HIV, and unprotected sex was the norm. It takes place just at the beginnings of the 70s age of sexual liberation, not only for gays, but people in general as well. (For another view of the period see BOOGIE NIGHTS or the TALES OF THE CITY series.)

But the most important part of the film is the relationship between the two, psychologically different characters who meet in a dance club, fall in love, and live together. It could be two people today. It shows what two average gay men might experience living together.

I cross-referenced some of the people who made this film. Few went on to do anything else in movies. I think only one made it into the ’80s in a mainstream film.

The film has low-budget production values from the period. I didn’t find that so much distracting as endearing. It made the film all that much more real. 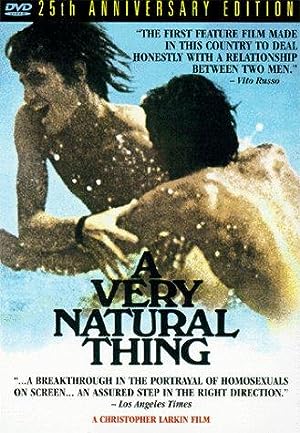