Abandoned at an orphanage by his recently divorced father, Aron endures a life full of cruelty and despair, punctuated by beating from the orphanage staff and ridicule from the other boys. His only friend is his classmate Attila, who helps him discover love and gives him strength to fight back.

Torzok a.k.a. Abandoned is set in a Hungarian orphanage in 1960, which means pretty much anyone watching the movie is simply an alien to the subject and setting. But it captivates you, teaches you, and delivers an excellent medley of emotions. The boys, the good teacher, the nasty headmaster, the lady.. Everyone’s showing pearls of acting! The soundtrack is good too. By the time I’m writing this review, the movie is rated 6.4 on IMDB, and that’s absolutely underrated. I wasn’t impressed by the ending, but other than that the movie was quite fascinating. A Swedish movie called Ondskan, which is somewhat similar to this one in subject, is considerably better. So if you like this one, you should see that one too. But then again, if you like that one, you should see this one too! I think Abandoned could have been longer, and the ending could have been much better. 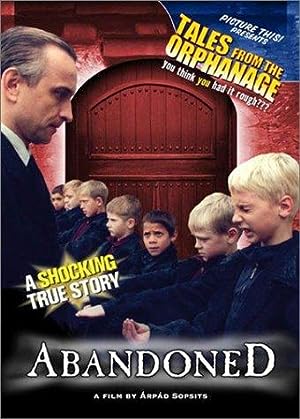 4 reviews for Abandoned 2001 with English Subtitles