After This Our Exile 2006 with English Subtitles

After his mother flees the family home, a son turns to thieving in order to support his father, an abusive sort who is addicted to gambling.

This story mostly revolves around a boy called, actually “boy” throughout the film. His parents are not happy, with his mom Lin trying to leave the son and his father (the boy’s parents are not legally married) in the beginning of the film. Once she does, it is up to his father Sheng (well played by Aaron Kwok) to take care of the boy. He is a hopeless gambler, always in debt and they leave their town in China for a better chance at sustaining themselves. The film is straightforward in its telling, moving at a semi-slow pace. The film is also atmospheric at times, with the cinematography at times superb. The story in and of itself is not immediate, variations of it have been done before, but its well filmed. The reason for the grade not being higher is its lack of synergy with the characters. You may or may not care for them as the film progresses, but you don’t relate to them. I suppose this is a slice of life in which the point may be that it’s hard to rise above your station in life without making an honest attempt at change. That being said, this film reminds me somewhat of Wong Kar-Wai’s films, it shares in those films a simple approach to a deceptively simple story. Its a good film, but not a masterpiece. It is, however, worth watching. 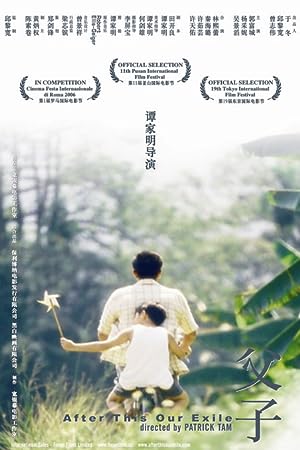