When out-on-bail mob boss Bellavance discovers that $500,000 of his money is missing, he sends four hardcore hit men to send a “loud and messy” message to the suspected thieves’ families. But when the killers invade the Rutledge home, they’ll meet the household’s emotionally disturbed young son Owen. Owen has a history of violent behavior, knows how to make lethal booby-traps and is about to teach these thugs some deadly lessons in extreme vengeance.

Sometime it happens that opposites happen when watching a movie. To take the whole cake the movie was based on a usual happening i.e. robbery and movie restoration. This is an old topic and cannot be mingled with a movie that can only be described a mediocre. This movie surprises from the start reason being its plot unfolding and sitting inside the action. Good movie to watch, to start with, but as the latter parts unfolds and climax is near, the film becomes a laughing stock, as you can even before the end a clear prediction can be made what is going to happen. The climax just flushes the movie. It made me laugh when the villain gets dead with a mode of death that really makes the movie understandable. The male teenager plays its part very nicely, but towards the end it seems that Jason is in the making, and this film may well be a breeding ground for or retrospectively a Friday thirteen younger years movie. Overall nice experience and some nice and laughable scenes. 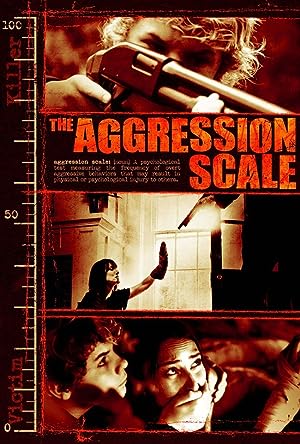 Be the first to review “Aggression Scale 2012” Cancel reply