This movie tells three stories sharing a common theme: the absence of a father figure in families. We witness the lives of three kids (from Mexico, Cuba and Morocco), and their curiosity for discovering the fates of their fathers who left their respective families.

We follow a Mexican kid that watches his father leave their house in order to find a job in the USA, a Cuban kid who dreams of finding his true father (an American citizen) and bringing him back to La Habanna, and finally, the journey of Fxc3xa1tima, traveling from Morocco to Mxc3xa1laga, Spain, trying to find her father that left her seven years ago.

Their adventures and the consequences of those are the main plot of the movie and while it may sound like a simple premise it is the way the stories are told (bordering on harsh reality and surreal fantasy) which makes the movie flow smoothly.

This mixture of fantastic surrealism and harsh realism is a constant through the movie, it is handled very well as children see life that way, specially when reality consumes fantasy at the time of the loss of a beloved member of the family.

The cinematography of the movie is one of the best seen in a Mexican movie, and the way the stories are told make the movie really enjoyable. It does not go for cheap empathy or giving the child characters easy development.

The acting is remarkably good in the three lead children actors. Nevertheless, the adult cast at times is inconsistent, and maybe the fact that the three stories were filmed at different times by different teams complicated the work. The story of Morocco has the best acting and photography, the story of Mexico is the best written, but the story of Cuba is easily the best as a whole, it is the most balanced and developed of the three.

It is not a perfect movie, the inconsistent quality between the three stories is notorious at times, but the movie definitely delivers its message. Very Recommended. Probably the best Mexican movie of the year. And maybe one of the best of the decade. 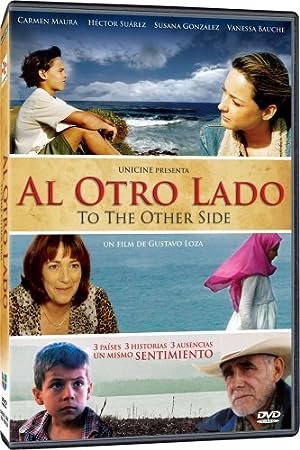