The film follows a young man who is drawn into the dark, sexual underbelly of New York City’s gay club scene. Aleksandr (Masó) is a young Russian immigrant alone after the tragic death of his mother. He turns to drugs and renting his body to wealthy men to deal with his loss. Aleksandr finds himself torn apart with a new personality making its way to the surface.

Terrible, awful movie starring Pau Masó as Aleksandr, a character I couldn’t care less for. Apparently, I was supposed to feel sorry for, but I soon didn’t. Poor, poor Aleksandr, who had all these terrible things happen to him, abandonment, dead mother, and more. But any sympathy I had for him was soon lost. I got so tired of that pathetic expression on his face through the entire movie I wanted to scream!

Yeah, yeah, prostitution is bad, and it leads to all sex-workers wanting to kill themselves. Whatever. Except I think Dan Savage for one would disagree.

Poor rambling script. Poor acting. Annoying “hero” who cried and threw up so many times I wanted to scream. Mediocre acting. I don’t even think the main actor’s accent was real. Poor filming. Poor sound. Only Josh Berresford as Keith (the client with a heart of silver, if not gold) was really any good and even his part was cliché—he had to struggle to get anything decent out of the part he was given. The therapist was decent but we don’t even know how our guy got there. Keith Dougherty was absolutely terrible—and his part worse as he made no sense. Was he a nice guy or a jerk? Who knows? Did even the writer?

The twist ending was ridiculous. And the sudden turn around after that in about two minutes totally unbelievable.

I also highly suspect the couple good reviews for this movie. I’m not saying they’re fake, but I wouldn’t be surprised. They praised a bad film so highly, I can’t help but be suspect. Brilliant? Not in any way. What a total waste of my time! I’m downright angry. And while one reviewer’s thought that he wished the protagonist would just kill himself seems harsh? Well…. I sure stopped caring about the “hero.” So hmmmmm….. 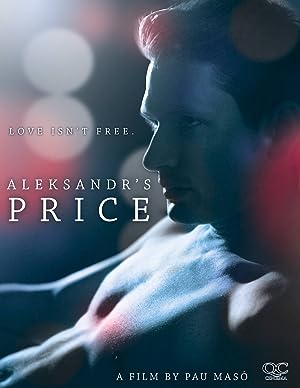 Be the first to review “Aleksandr’s Price 2013” Cancel reply