Komar is an adult trapped in arrested development, surrounding himself with perpetual 18 to 20 year olds and making movies of them having sex. It’s hard to tell if he’s got any emotional investment in his charges; frankly, he is a blank slate emotionally. Josef is a boy who only wants to provide for his impoverished mom. Filip is a straight boy and a go-getter, who works three jobs and does porn for the extra money. These three stories seem to work on the supply and demand theory. Komar has money and jobs, the boys are broke and in desperate need. In a country that has just broken into uncharted territory, these fresh and innocent faces lunge right into an industry that would die without a constant conveyor belt of fresh names.

However, the dark side of this story is Rudu, who gets discovered sleeping under a bridge. He is the hot new kid on the DVD player, makes a load of fast money, and when his features no longer fit the Czech Boys mold, he doesn’t have the maturity to move on. He goes from being a “superstar…like Jim Carrey” to a homeless drunk sleeping in a junkyard. From fresh new face to junkie in barely two years is a depressing arc to behold. 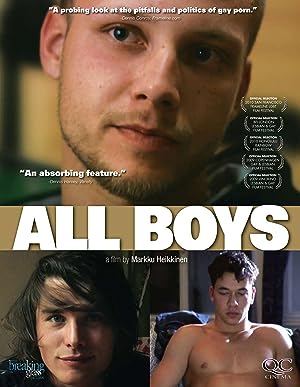