An experimental drama entirely composed by monologues. A personal journey through male homosexuality – from darkness to light, from total denial to complete acceptance – as told in monologues performed by actors and adapted from interviews with ordinary Italian gay men. A multicolored kaleidoscopic journey through a varied and multi-faceted aspect of the human experience that is rarely represented on the big screen.

Almost Jarman-esque at times, this artistically constructed documentary from writer and director Fabiomassimo Lozzi blows the lid on the ingrained image of the macho Italian male, by detailing the simple fact that homosexual love is all but universal.

Based upon a series of real life interviews with a myriad of men of opposing sides of the openness divide, Lozzi showcases their words in a striking collection of theatrically staged set-pieces and blue screen styled back projections. Devoid of a central actor and with the reality of first-person accounts lost in the mix, what is gained are the varied thoughts and emotions of those who would never allow themselves to step in front of a camera, a staged freedom that here allows for the “interviewees” to reveal their innermost heart and soul, with the camera as their confessor.

Anotherworld by Fabiomassimo Lozzi Building his work layer by layer, Lozzi begins with a series of “thou doth protest too much” denials, words that are soon to merge with the thoughts of married men, “straight men” and those of a recchione nature who whilst “not gay” nevertheless spend their nights on the hunt for rent boy action, whilst others opt for man sex found at their local sauna or porno house. Others find relief on chat-rooms, as the internet offers a sexual solace of sorts to those desperate to embrace the gay side of life, only to be constrained by the restrictions of small town life, forever living in fear of being outed. By contrast, Lozzi ends his work with the reflections of those who take an outright pride in their sexuality, with his now increasingly romantic camera documenting not only the timeless search for love, but those who have already found it, with their Mr Right have come from afar, like from – another world.

Beautifully shot, scored and enacted throughout but a large cast of players who without a dud performance between them, speak their lines as if they were their natural thoughts, this series of at times tender, often homoerotic, sometimes homophobic and occasionally sexually explicit “one-to-one sessions” with the camera offers a creative medley of dramatised conversations, ones that seemingly leave few aspects of gay life untouched. Sure, monologue based works of this nature may not be to everyone’s taste. But knowing that, Lozzi uses what appears to be every trick in the cinematic book to maintain interest, structuring his segments variant fashion so that you’re never quite sure what’s coming next, along the way alternating from monochrome to colour, to what seems every medium in between.

Overlong – perhaps. But there’s no denying that you get your money’s worth in this inventive and wonderfully executed insight into the mind of the Italian male. And yet with parts detailing those who alarmingly can see no way out of their endless days and nights of mental torment and bitter self-loathing, but by way of suicide, this engrossing film leaves its most poignant comment for the closing credits and the notation that “each condemning of homosexuality by the Catholic Church, corresponds with an increase of cases of (largely unsolved) violence against gays.” That a documented two hundred, plus men have been killed in Italy in the last twenty years, solely on account of their sexuality, speaks of a country in which the homophobia still present in society and in the Church, has a lot of answer for. 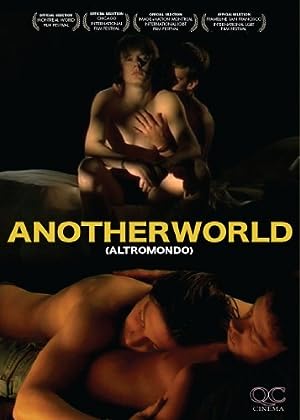 1 review for Altromondo 2008 with English Subtitles