A portrait of the last days of high school. Two friends spend all day long together, but this will inevitably come to an end. A beautiful sincere story of mixed emotions and secrets that dare not speak loud.

The journey, any journey, has always been an interesting starting point for stories. Literary critic Todorov points out that the journey, especially the journey of a young man, is a paramount paradigm in classic literature.

“Amor Crudo” obeys Todorov’s principle. It entails the journey of a boy that has not yet occurred but that somehow stirs his life and the life of his best friend. In this short film directors Chappa and Deus prove that time lengths should never be a constraint but rather a challenge; a challenge they overcome by creating, in only a few minutes, a rich and appealing narrative universe that conveys deep and true emotions.

Jeremias and Ivan are good friends, but there is an impasse between them produced by Ivan’s confusing feelings. Is he in love with his best friend? Is it just a crush? Or a mere masturbatory fantasy? Does he care for him only as a friend? And how can one define friendship after all? In the end, it doesn’t matter if the impasse is resolved or not, just as it doesn’t matter if one finds the answer to these questions. All that matters is for these questions to be asked.

Different authors such as Plato or Seneca would probably agree on one thing. Friendship is the most pure human relationship as it does not seek benefits or rewards. In that sense, friendship could be the ideal love, and that is the feeling Chappa and Deus are able to transmit to the viewers in this story about journeys and very heartfelt goodbyes. 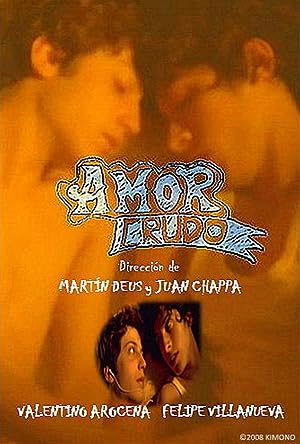 Be the first to review “Amor crudo 2008” Cancel reply