Tommi (11) and his slightly older sister Viola live in the city with their father. They cope with being a single parent family until their mother shows up, having disappeared without trace – not for the first time, we soon learn. These are the four protagonists in a bittersweet portrait of their ongoing struggle with love, friendship, puberty and life in general.

recently i saw this movie in a TV channel. i don’t know about the actors and directorial details of this film.but those people are doing their job very well.especially the boy,he is the best choice for the character.the father character,particularly in the scene where he angry with his son ,when his wife cheating him scoring our attention fully.later i know he is the director of the film.finally,the story is well written .totally the film is simple and beauty.maybe its a melodrama,but it has a message as ‘anything will happen life,but life must go on’.this film reflects the modern family life and the sensual problems of children and the parents.the camera work is well done.especially the swimming competition scene.it proves even the small budget films also have the perfect camera works.after a long time it is the mind blowing job along the recently watched films of mine. 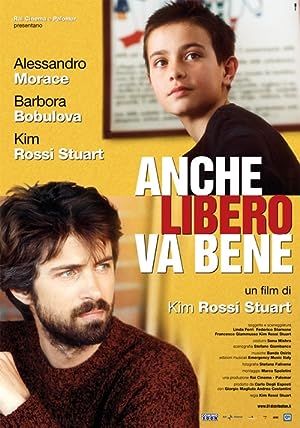