Only two things stand between Justin and Jack falling in love – their fathers “Angora Ranch” is a sweet, heartfelt movie about love that transcends age, stereotypes and meddlesome family.

This film had every opportunity to become a good watchable moving film, but the opportunity was waisted. Where do I begin? I give most movies a benefit of the doubt and especially so for gay films because of the usual low-budget nature of their productions. Most gay films even with low production values, will have me rooting for them if the acting is at least passable, but this film turned me off right after the first bit of dialog was uttered after the opening credits. To say the acting was unconvincing is an understatement. I went into the film wanting to like it, but the acting was so bad (–no Abysmal) and painfully embarrassing to watch that I new it was going to be a waste of my time. Truly, the worst gay-oriented film I have ever seen. There was no excuse for it. The story had potential but I truly felt as if I were watching a web cam vid from some kid’s bedroom computer on YouTube. 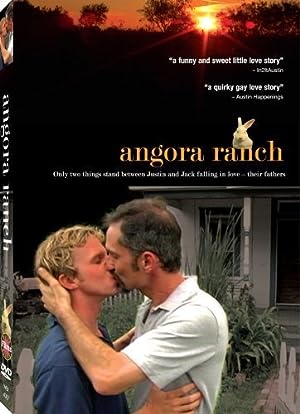 Be the first to review “Angora Ranch 2006” Cancel reply