A man finds himself homeless after a fight with his significant other.

Lots of explicit sex in this flick, which is nice–makes it much more realistic when things are covered up. As the manager of a movie theater, Todd Verow (also the director) conveys the boredom of someone who only lives to fornicate, but finds that he has to do repulsive work in order to do what he really wants. Best part of it is that it was filmed on the sly while the director was actually working at a movie theater. The wonders of small digital cameras. Even the scene where his boyfriend beats him up in the theater men’s room was filmed in the real theater men’s room at the Loew’s on Times Square. So everything seemed real. The protagonist gets kicked out of his home, loses his job, lives in a park. It’s a morality tale, with a nicely ambiguous ending. Recommended if you like hot sex scenes. 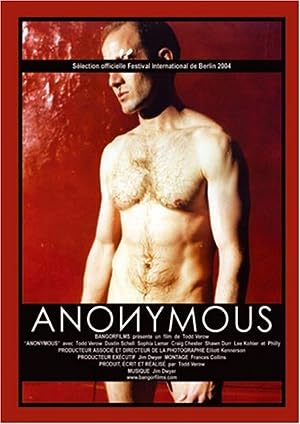