At – The Horse 1982 with English Subtitles

*** This review may contain spoilers ***

Although Ali Ozgenturk’s film is called “The Horse”, we actually see very little of said animal. In the film we follow a father named Hüseyin and his son Ferhat as they move from their poverty stricken town in the Turkish countryside to Istanbul. Hüseyin is desperate to find enough money so he can send his son to school, and Ferhat hopes the money can be used to buy a horse. In Istanbul, Hüseyin buys a vegetable cart and the two attempt to sell vegetables on the street. Because Hüseyin doesn’t have a licence to sell vegetables, the two are constantly on the look out for cops, and eventually Hüseyin has a run in with the law and loses his cart, although he himself escapes. Hüseyin tries various other methods to get money but they all prove fruitless. Finally, he steals a cart and takes it to the market place. All he has to sell is a single flower, but before he call sell it he his attacked and accidentally killed by the carts owner. Ferhat is sent home.

After watching “The Horse”, anyone who has seen Vittorio De Sica’s “The Bicycle Thief” (1947) will notice the similarities between the two. In both films we have a poverty stricken father and son spending a soul-crushing week in the big city. The father’s source of income (bike/cart) is taken away. The father ends up stealing another one, and is caught. In both films, the stress of the situation causes the father to beat the son over a minor argument. Afterwards, both fathers feel tremendous guilt. I have no proof that Ozgenturk saw “The Bicycle Thief”, but “The Horse” could almost be considered a re-make of De Sica’s film. Nevertheless, “The Horse” is a strong, important work in it’s own right, that stands on its own.

Structurally, “The Horse” is quite striking. The first hour is presented in a realistic tone, and as the film begins (with a depiction of Hüseyin’s fellow villagers performing a play), we think we might be about to watch a documentary. However, at the halfway mark, Hüseyin has a dream in which he sees himself lying in a coffin, and the film starts to take a more surreal tone. One could see how this shift in tones might jeopardize the films effectiveness, but in The Horse, it works, as we how the tone reflects Hüseyin’s increasingly desperate situation. The dream sequences themselves are brief and never heavy handed. They are shot with the same realistic tone as the rest of the film, which only increases their haunting quality, as we see Hüseyin’s thoughts (Ferhat taking on the persona of various men who have publicly humiliated Hüseyin) and dreams (the coffin) shot in a matter-of-fact style.

Writing about films can be frustrating when not much is known about the contexts surrounding a particular movie. On the back of the video box for “The Horse”, it is written that Ozgenturk was thrown in prison for making the film. I can understand why the government would hate this film. It does after all harshly criticize, among other things, police brutality, the inefficiency of the state run school system, and the inability of the government to solve its poverty problem. I also don’t doubt that Ozgenturk was jailed after the movie was made. I am only sceptical that the only reason the government gave for jailing Ozgenturk was that they did not like his film. I would love to know more about what happened to Ozgenturk after this film (I know he made a few more). I just don’t know where to look.

As a Turkish-American and someone who has studied Turkish cinema substantially, I have a very biased (but, I believe) accurate view that when it comes to selecting foreign-language films for distribution in the USA Turkish films – as well as Egyptian, Morrocan, and Tunisian films- are seriously overlooked. THE HORSE was released and is available from Kino Video. Like most Ali Ozgenturk films (HAZAL, BAALAYKA) it is a moving film featuring a journey and a family whose life is in desperate turmoil. There is deep symbolism, involving radio announcers and canary cages, which is a standard in not only Ozgenturk’s films, but also in those of his mentors, the late Yilmaz Guney and Serif Goren. The Guney/Goren collaboration of YOL, considered by many to be the best Turkish film, is a sterling example of this as well. The streets of Istanbul look no different than the village of the title characters in this film, which illustrates another theme in many Turkish films in that ‘paradise,’ whether it is Istnabul or Germany, is no different than the ‘koy’ (village) where you came. I recommend this film, though in many aspects the harsh aspects presented in this film have become the topic of more social awareness in Turkey since this film was made 20 years ago. 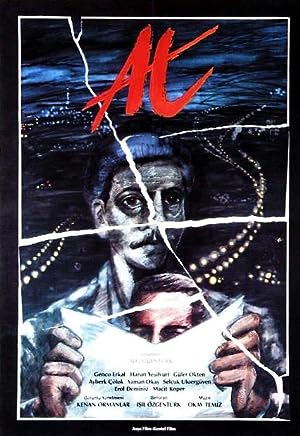 4 reviews for At – The Horse 1982 with English Subtitles